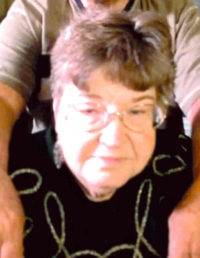 Donna Marie Gruszczynski Fruia, 68, of Mooresville, N.C., handed away on Sunday, September 18, 2022, at her residence.

Donna was born on January 7, 1954, in Chicago, Unwell., and was the daughter of the late Edward Gruszczynski and Shirley Lottie Zenner.

Mrs. Fruia loved being together with her pals within the Troutman Senior Residents Group. She would do something for her grandchildren, and so they all knew to go to her in the event that they wished something. She cherished holidays on the seaside together with her household.

Along with her mother and father, Donna was preceded in loss of life by her stepfather, Richard Zenner; brother, Ronnie Gruszczynski; son, Kelly Leslie Fruia; and nice granddaughter, Nala Nichols.

A memorial service will likely be introduced at a later date.

College of Melbourne expands and deepens relationships in India

College of Melbourne expands and deepens relationships in India